The traditional homeland of the Kalispel surrounding the Pend Oreille River was vast and abundant. It included the mountains, rivers, lakes and prairies that stretch like several entwined strands of green, blue and silver beads from the Pend Oreille Lake to where Paradise, Montana now stands and Northwest ward across Northeastern Washington to the mouth of the Salmo River, just over the international border with British Columbia. It was the Pend Oreille and Clark Fork Rivers which bound together one end of Kalispel country to the other, some 200 miles in length.

During the mid to late 19th century, the Kalispel Tribe of Indians worked to preserve our culture and way of life in the midst of increasing white settlement in the area. Roman Catholic priests began working with the Tribe in 1844. In 1855, the Upper Kalispel Tribe ceded its lands and moved to the Jocko Reservation in Montana at the request of the U.S. Government. The Lower Kalispel Tribe, ancestors of today’s Kalispel members, refused to give up ancestral lands and continued to work toward an agreement that would allow the Tribe to remain on its homeland.

During the late 1800s, while most other tribes were going through the process of having reservations established, the Kalispel Tribe of Indians had almost no relationship with the federal government. Congress did propose a treaty in 1872 that would have encompassed more than a million acres of land, but the terms were poor and the Tribe refused to sign it. By 1874, Congress had stopped establishing treaties with tribes altogether, leaving the Kalispel Tribe with no legal protection.

Show MoreBy 1875, the Tribal population had shrunk to only 395 people. From 1880 to 1910, as more white settlers moved into Kalispel territory, the Tribe witnessed its land disappearing but could do nothing to prevent it. Many of the white settlers filed claims under the Homestead Act in order to “legally” obtain land which was rightfully home for much of the Tribe. This time period also introduced the widespread use of alcohol, which many consider to be a fundamental source of the breakdown of the family unit.

For generations, Kalispel members remained trapped in a subsistence environment. In 1965, only a couple of homes on the reservation had running water and there was only one telephone for the Tribe. The average annual income for a Tribal member was approximately $1,400.

The Kalispel Tribe of Indians has faced several challenges associated with life in remote rural areas, such as unemployment, inadequate housing, limited economic opportunities, and prejudice. With most of the land on the Reservation unsuitable for development, the Tribe has had to develop innovative ways to create opportunity for Tribal members. The Tribe’s pioneering spirit, combined with sheer determination, resiliency and community cohesiveness, has allowed the Tribe to overcome many difficult circumstances. 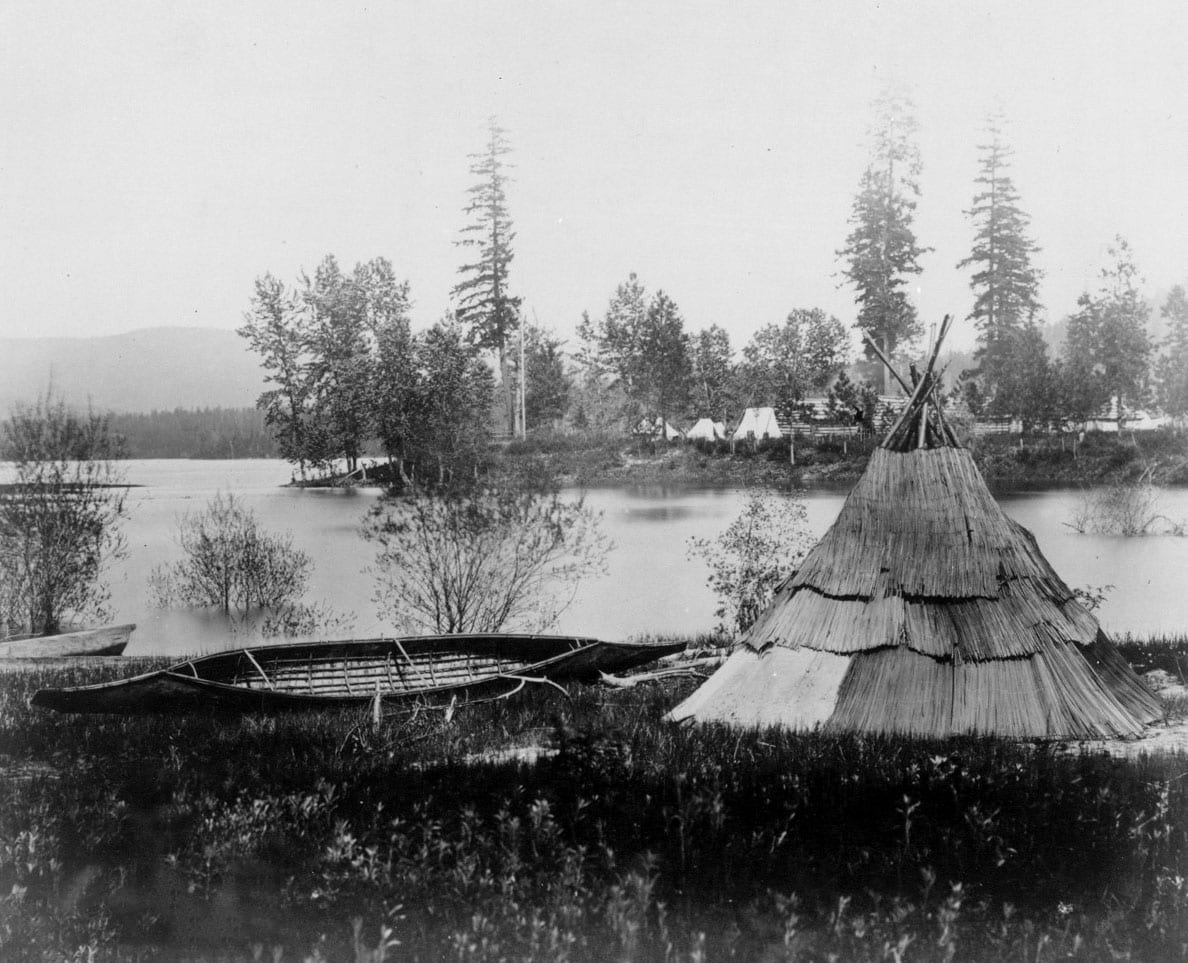 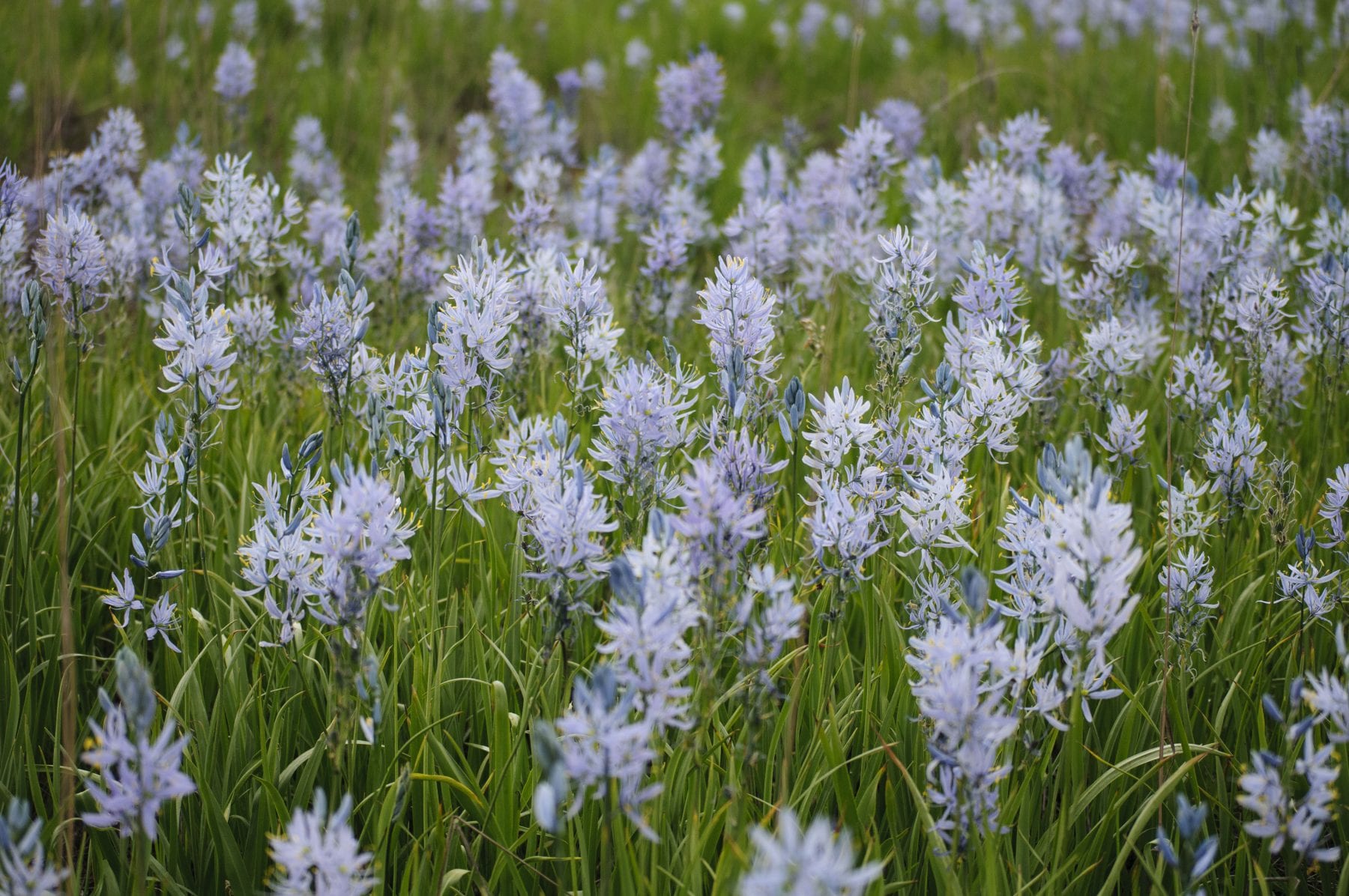 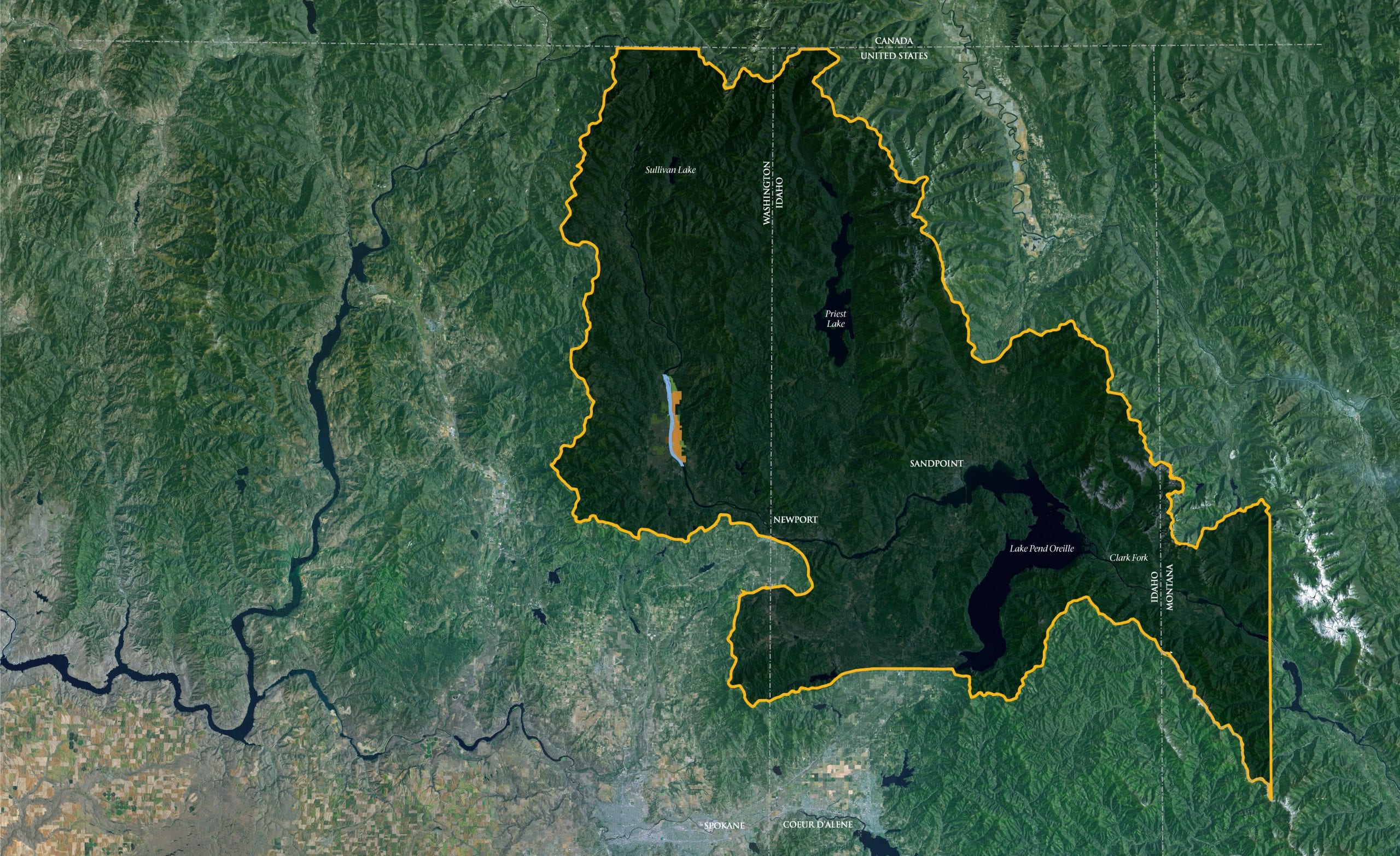 Flying Goose Ranch – land acquisition Purchased for the Tribe in 1992 by the Bonneville Power Administration and transferred to the BIA to be held in “Trust” for the Kalispel Tribe in 1997. This property was the first of many acquired over the last two decades to both mitigate for wildlife habitat impacts due to construction of Albeni Falls Dam and to add additional access/opportunity for the Tribal membership for resource procurement. Since 1992, this program has added over 5,000 acres to tribal ownership, both in private fee ownership and held in “Trust.” Trust being the preferred ownership strategy since the Tribe can exert jurisdiction and management over these acres, much like the Reservation. Most recently 150 acres including Indian Island. Our holdings stretch across Kalispel homeland in both WA and ID. Additionally the Tribe has begun to purchase even more land on its own for development, economic, housing, and open space purposes. Some of these have also been transferred into Trust status.
Big Meadows – stream restoration Big Meadows is one of the properties acquired for the Tribe to mitigate Albeni Falls Dam impacts to wildlife habitat. This property allowed for one of the largest stream restoration projects completed by the Tribe. We were able to restore nearly 5 miles of stream from an entrenched and straightened system back to a natural state connected to its full floodplain. Planning and design work shifted from outside experts to internal staff as we built the capacity and knowledge to continue ourselves. This was a “watershed” moment for the Tribe in lifting its habitat restoration capacity to a new level. This project took nearly 7 year to complete and was done over 5 phases. The final set of actions is to replant native riparian vegetation to the banks of Goose Creek.
Indian Creek – ICCF Indian Creek is one of the properties acquired for the Tribe to mitigate Albeni Falls Dam impacts to wildlife habitat, however it was also a three-way cost share acquisition between the Tribe, BPA, and the US Forest Service’s Community Forest Grant. This property subsequently became and is known as the Indian Creek Community Forest. This property has a primary role of providing wildlife habitat security, and secondarily supports community focus on natural resources education for all ages.
Denton Slough – reconnection with special places Denton Slough property is a small 28-acre parcel that only 5 acres remain above the Lake Pend Oreille’s surface year-round. This place is also known as “Indian Meadows,” a place frequented by the Kalispel Tribe (as host) and other neighboring Tribes as part of Summer activities around celebrating, food collection, gambling, and trading. Historically this meadow was the powwow grounds of a winter village located in nearby Ellisport Bay and is in close proximity to the assumed location of “Kullyspell” house. The “Buffalo Trail” into Montana is located to the southeast and this location was a natural gathering point for the Coeur d’Alene, Kalispel, and Kooteani families that would be returning a year’s long hunting expedition. This is a significant place to the Tribe and its history and traditional cosmology. Across the now flooded meadow sits bear paw rock, a rock art site that memorializes one of the genesis stories of the Kalispel people. A thumbnail of that story is that through the successful union of Priest Lake and Pend Oreille Lake the ancestral beings; people with the spiritual powers of animals would first leave their father’s lodge and walk upon earth at Bearpaw rock whose traditional names include “a stone left for stepping upon” or “spotted hide.” The bearpaw glyph speaks to a common genesis of humans and bears (animals) given their anatomical commonalities.
Carey Creek—A twofold process has long been occurring in the Pend Oreille valley; first and happily the Kalispel Tribe’s membership has been growing since the tragic loss of life during the historic era. Second, land conversions and development along the shorelines of the Lake and River have further fragmented the valley making access and utilization by Kalispel increasingly difficult. This fragmentation has also led to declines in bio-diversity and increased human-wildlife conflicts. The Carey Creek wildlife management unit (117 acres) is a strategic acquisition that provides the Kalispel membership a renewed recreational/educational space wherein families have the opportunity and ecological diversity to teach cultural values and systems of collaborative sufficiency in a natural setting. It is located on the end of the western fork of the Cocolalla Trail, its eastern fork ends at Seneacquota more commonly remembered due its subsequent development during the Fur Trade and Mission era. The Cocolalla Trail, portions now are overlain by I-95, connected the Pend Oreille and Coeur d’Alene basins and was a vital through route for early historical economic development between Fort Walla Walla and the northern interior (e.g., Montana). To the north and east of the present town site of Priest River, Idaho, stands the remnants of an ancient encampment, the earliest dates exceed 9,000 years. By the historical period the site became a winter village under the leadership Chief Victor’s older brother. Carey Creek is within the immediate proximity of that encampment providing camas, game, and fishing opportunities. Presently, it is used by the Tribal membership as part of an annual canoe trip that reconnects families with Denton Slough, Seneacquota, and the Tribe’s powwow grounds in August. This practice now has expanded to include other valleys in the region with Kalispel, Kootenai, Spokane, Colville, and Coeur d’Alene visiting these types of traditional gathering and fishing sites together.

The Wildlife Program also has an active realty function. We are focused on purchasing land from willing sellers in order to expand access and harvest opportunities for Kalispel people. To date, the KNRD has acquired over 5,000 acres of land with various sources of funding, including federal hydropower wildlife mitigation lands as the largest contributor.

Using the best available scientific information and technology and working with our conservation partners we endeavor to create a landscape that is resilient to an ever changing climate. To do this requires a balanced and pragmatic approach. We will never return our lands to what they once were but we will always strive to create a future for our children that is better than what we have today.

Cultural Resources, unlike many of our natural resources are not renewable. If they are destroyed they are lost forever. The Cultural Resource Program is tasked with conserving the Tribe’s historic places and maintaining access to culturally utilized places. The major threats to our cultural resources are future land conversion and resource extraction, climate change and invasive species. 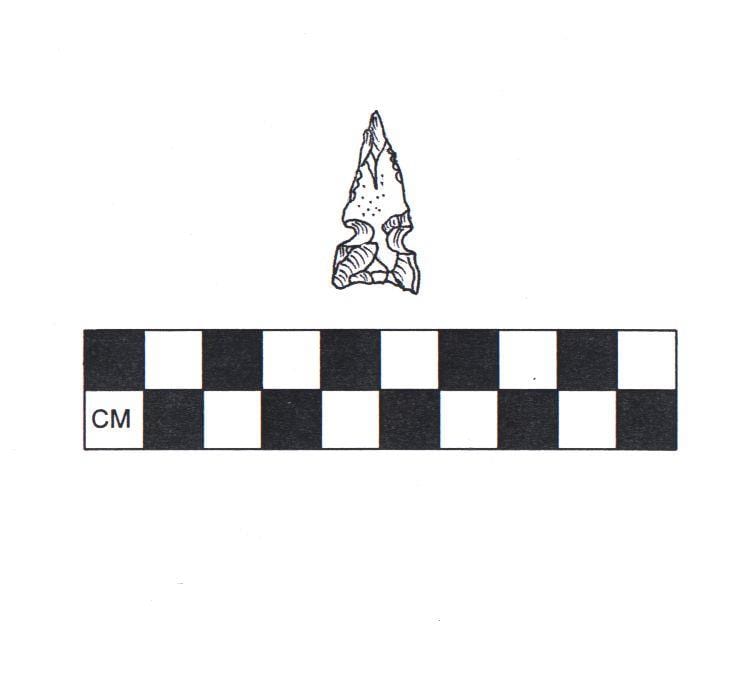 The Geospatial Information Systems (GIS) program was created as part of a fisheries contract between the Kalispel Tribe of Indians and the Bonneville Power Administration. It assists KNRD personnel in geographic analysis, map production and data collection where geospatial technologies are needed. In addition, the program maintains a large inventory of geospatial data.